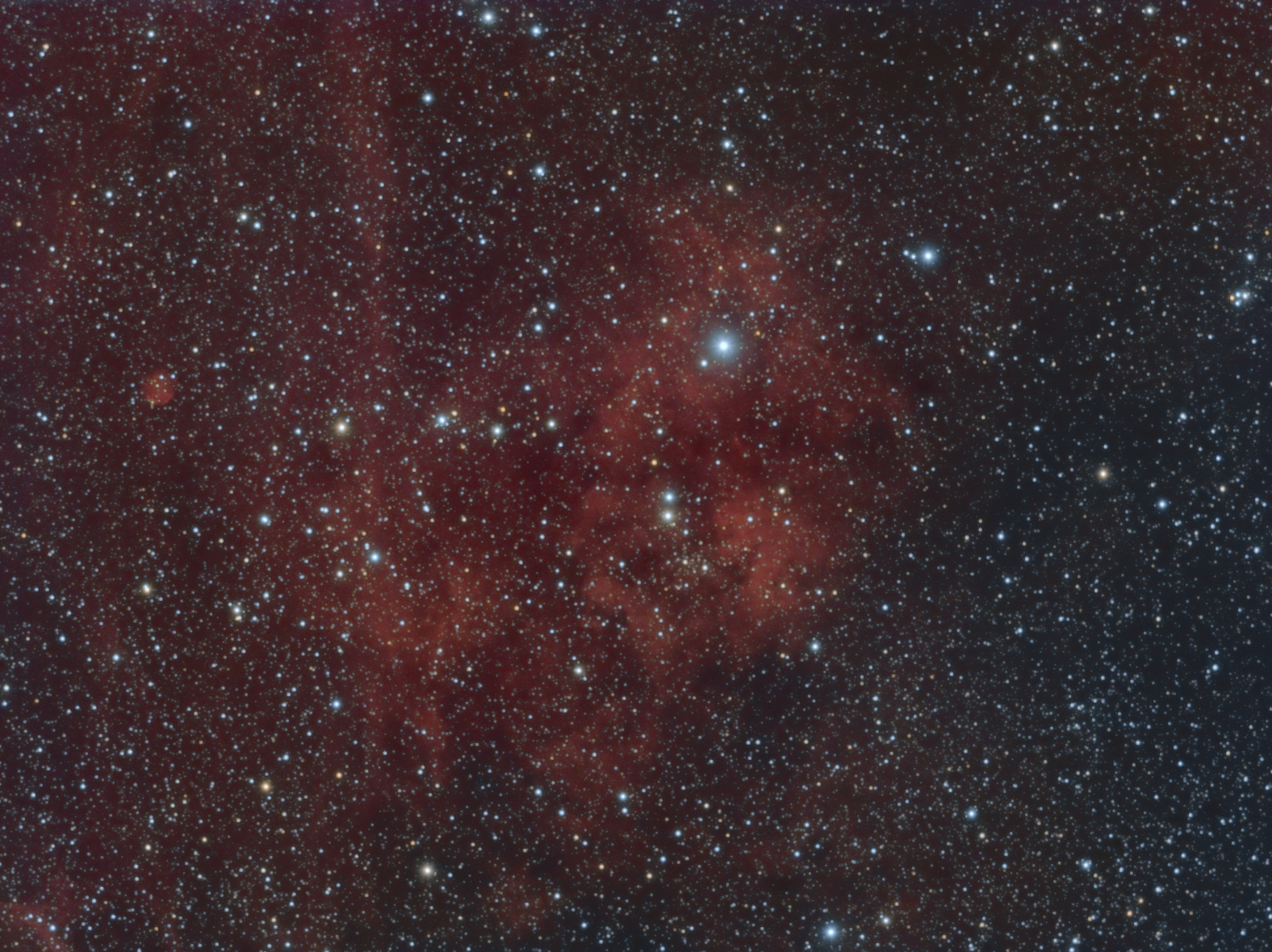 Sharpless 115 stands just north and west of Deneb, the alpha star of Cygnus the Swan in planet Earth''s skies. Noted in the 1959 catalog by astronomer Stewart Sharpless (as Sh2-115) the faint but lovely emission nebula lies along the edge of one of the outer Milky Way''s giant molecular clouds, about 7,500 light-years away. Shining with the light of ionized atoms of hydrogen, sulfur, and oxygen, the nebular glow is powered by hot stars in star cluster Berkeley 90. The cluster stars are likely only 100 million years old or so and are still embedded in Sharpless 115. But the stars'' strong winds and radiation have cleared away much of their dusty, natal cloud. At the emission nebula''s estimated distance, this cosmic close-up spans just under 100 light-years.